5 Common Encryption Algorithms and the Unbreakables of the Future 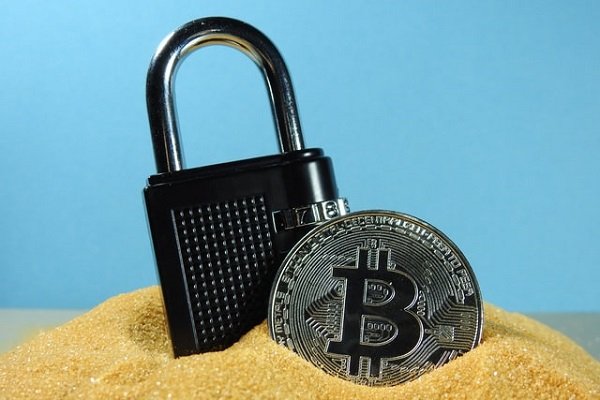 Security is top of mind for anyone in IT these days. It must be, given that Gartner forecasts worldwide security spending and risk management to exceed $150 billion in 2021. While there are plenty of technologies you can buy to secure your data, encryption is one aspect of security technology that every computer user should understand.

Encryption is a way for data—messages or files—to be made unreadable, ensuring that only an authorized person can access that data. Encryption uses complex algorithms to scramble data and decrypts the same data using a key provided by the message sender. Encryption ensures that information stays private and confidential, whether it’s being stored or in transit. Any unauthorized access to the data will only see a chaotic array of bytes.

Here are some essential encryption terms you should know:

Decryption is the process of converting unreadable ciphertext to readable information.

An encryption key is a randomized string of bits used to encrypt and decrypt data. Each key is unique, and longer keys are harder to break. Typical key lengths are 128 and 256 bits for private keys and 2048 for public keys.

There are two kinds of cryptographic key systems, symmetric, and asymmetric.

In a symmetric key system, everyone accessing the data has the same key. Keys that encrypt and decrypt messages must also remain secret to ensure privacy. While it’s possible for this to work, securely distributing the keys to ensure proper controls are in place makes symmetric encryption impractical for widespread commercial use.

Here’s an example of how encryption works with email-friendly software Pretty Good Privacy (PGP) or GnuPG—also known as GPG—for open-source aficionados. Say I want to send you a private message. I encrypt it using one of the programs listed below.

Once encrypted, the message becomes a jumbled mess of random characters. But, equipped with the key I send you, you can decrypt it and find the original message.

Whether it’s in transit like our hot dog party email or resting on your hard drive, encryption works to keep prying eyes out of your business—even if they happen to gain access to your network or system.

The technology comes in many forms, with key size and strength generally being the most significant differences in one variety to the next.

Triple DES was designed to replace the original Data Encryption Standard (DES) algorithm, which hackers eventually learned to defeat with relative ease. At one time, Triple DES was the recommended standard and the most widely used symmetric algorithm in the industry.

Triple DES uses three individual keys with 56 bits each. The total key length adds up to 168 bits, but experts would argue that 112-bits in key strength is more accurate. Despite slowly being phased out, Triple DES has, for the most part, been replaced by the Advanced Encryption Standard (AES).

The Advanced Encryption Standard (AES) is the algorithm trusted as the standard by the U.S. Government and numerous organizations. Although it is highly efficient in 128-bit form, AES also uses keys of 192 and 256 bits for heavy-duty encryption purposes.

AES is largely considered impervious to all attacks, except for brute force, which attempts to decipher messages using all possible combinations in the 128, 192, or 256-bit cipher.

RSA is a public-key encryption algorithm and the standard for encrypting data sent over the internet. It also happens to be one of the methods used in PGP and GPG programs. Unlike Triple DES, RSA is considered an asymmetric algorithm due to its use of a pair of keys. You’ve got your public key to encrypt the message and a private key to decrypt it. The result of RSA encryption is a huge batch of mumbo jumbo that takes attackers a lot of time and processing power to break.

Blowfish is yet another algorithm designed to replace DES. This symmetric cipher splits messages into blocks of 64 bits and encrypts them individually. Blowfish is known for its tremendous speed and overall effectiveness. Meanwhile, vendors have taken full advantage of its free availability in the public domain. You’ll find Blowfish in software categories ranging from e-commerce platforms for securing payments to password management tools, where it protects passwords. It’s one of the more flexible encryption methods available.

Computer security expert Bruce Schneier is the mastermind behind Blowfish and its successor Twofish. Keys used in this algorithm may be up to 256 bits in length, and as a symmetric technique, you only need one key. Twofish is one of the fastest of its kind and ideal for use in hardware and software environments. Like Blowfish, Twofish is freely available to anyone who wants to use it.

The Future of Encryption

Cyberattacks are constantly evolving, forcing security specialists to concoct new schemes and methods to keep them at bay. Stay tuned for these new developments. Meanwhile, whether it’s protecting your email communications or stored data, you should be certain that you include encryption in your lineup of security tools.