9 Web Technologies Every Web Developer Must Know In 2021 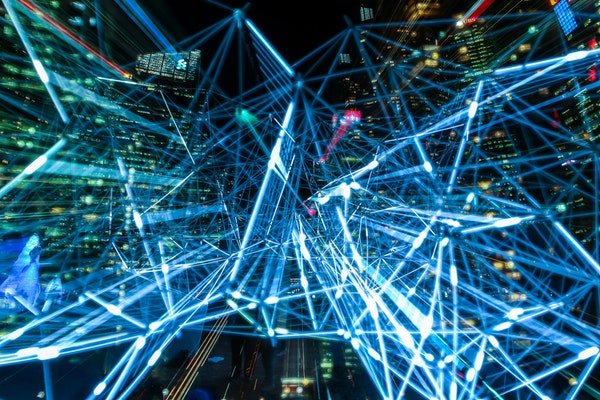 Web development comes with a huge set of rules and techniques every website developer should know about. If you want a website to look and function as you wish them to, you need to get familiar with web technologies that will help you achieve your goal. Developing an app or a website typically comes down to knowing 3 main languages: JavaScript, CSS, and HTML. And while it sounds quite complicated, once you know what you are doing, understanding web technology and the way it works becomes significantly easier. Fret not if it is not coming easily to you immediately. You may need more time, training, and patience to dive deeper into the subject, but you’ll end up with a good understanding eventually. We present you with an introduction to web technologies and the latest web technologies list hoping it will make things at least a bit easier for you. Now, let’s take a look.

What is Web Technology?

You have probably heard the term “web development technologies” before, but did you ever think about what it actually means? Since computers can’t communicate with each other the way people do, they require codes instead. Web technologies are the markup languages and multimedia packages computers use to communicate.

Browsers request information and then they show us in the way we can understand. Think of them as the interpreters of the web. Here are the most popular ones: Google Chrome – Currently, the most popular browser brought to you by Google Safari – Apple’s web browser Firefox – Open-source browser supported by the Mozilla Foundation Internet Explorer – Microsoft’s browser

HTML is one of the first you should learn. Thanks to HTML, the web browsers know what to show once they receive the request. If you want to better understand how HTML works, you also need to know what CSS is. CSS stands for Cascading Style Sheets and it describes how HTML elements are to be displayed on the screen. If you browse enough tutorials, you’ll soon create CSS text effects, page transitions, image hover effects, and more. If you’re a complete beginner, this Essential HTML & CSS training by James Williamson will help you to quickly get started with these technologies.

Web development frameworks are a starting point of items that a developer can use to avoid doing the simple or mundane tasks, and instead get right to work.

Angular is one of the latest web technologies designed specifically for developing dynamic web applications. With this framework, you can easily create front-end based applications without needing to use other frameworks or plugins. The features include well-made templates, MVC architecture, code generation, code splitting etc. All the expressions are like code snippets that enclosed within curly braces and do not use any loops or conditional statements. If you would like to start using Angular or to just quickly evaluate if this framework would be the right solution for your projects, you can check out this 3-hour training, published in June 2019 by Justin Schwartzenberger, a Google Developer Expert. This course covers everything that’s necessary to start using Angular, from basic architecture, work with DOM, data binding, routing, and components, to more advanced topics such as directives and pipes.

Ruby on Rails is a server-side website technology that makes app development much easier and faster. The thing that really sets this framework apart is the reusability of the code as well as some other cool features that will help you get the job done in no time. Popular websites written with Ruby include Basecamp, Ask.fm, GitHub, 500px, and many others. Here is everything you need to know about Ruby on Rails. If you would are interested in a more in-depth training on Ruby on Rails framework, this 10-hour course by Kevin Skoglund, a senior Ruby developer, might be just the right resource to get started. It covers the complete learning cycle from the very fundamentals to more advanced topics such as Layouts, Partials, and View Helpers, giving quite a few practical tasks in parallel.

Yii is an open-source web application development framework built in PHP5. It is performance-optimized and comes with a number of great tools for debugging and app testing. Another plus is that it is pretty simple and easy to use.

Meteor JS is written in Node.js and it makes it possible for you to create real-time web applications for different platforms. The framework for creating simple websites for personal use really stands out with Meteor JS. This is an open-source isomorphic JavaScript web framework which also means that the webpage loading time is significantly shorter. JavaScript stack also makes it possible to get the same results with fewer lines of code than usual. This online video course gives an interesting practical example of combining MeteorJS and React to build a web app.

Developed in Node.js, Express.js is a web app development network that is great for those who need to develop apps and APIs as fast as possible. A lot of great features are provided with the help of plugins. This course provides a good insight into the advanced usage of Express.js in combination with MongoDB and Mongoose and shows different ways of deploying an Express app and running it in production.

Zend is an open-source framework based on PHP, focused on building more secure and reliable web apps and services. It is one of the first enterprise-level MVC frameworks, which came before the current superhits such as Laravel or Symfony, and many popular PHP engines such as Magento were built in Zend. Today Zend is still under active development, and even though it may be less popular than its opensource siblings, it is a great solution for a large-scale PHP app. Watch this short video course where different PHP MVC frameworks are compared so that you could make a choice on your own.

Django is one of the most popular frameworks written in Python and follows MVC architecture. It makes the app development process much easier thanks to its simplicity. Django simplifies using Python a lot and provides multiple tools that make a web app developer’s life easier – e.g. an ORM, Models, Django admin, templates, etc. This 1.5-hour video course can help any developer, even a beginner, to start developing Python/Django apps in a couple of days. Check out more popular Python frameworks.

Laravel is a PHP development framework ideal for small websites. It comes with a number of useful features including the MVC support, object-oriented libraries, Artisan, authorization technique, database migration, etc. Currently, it is one of the most community-supported and community-developed frameworks, and given that PHP has one of the largest communities out there, Laravel is a great tool powering both small websites and large-scale B2B web apps managing millions of transactions daily. To get started with Laravel in less than 3 hours, watch this video course by Bernando Pineda, a senior DevOps, and Engineer with 15+ years of software development experience. It is one of our favorite PHP frameworks.

As we explained before, since computers don’t use languages that are anything like human languages, they need a different way to communicate. Here are some of the most popular programming languages: Javascript – used by all web browsers, Meteor, and lots of other frameworks CoffeeScript – a “dialect” of JavaScript. It is viewed as simpler but it converts back into JavaScript Python – used by the Django framework as well as in the majority of mathematical calculations Ruby – used by the Ruby on Rails framework PHP – used by WordPress to create those WYSIWYG editors that everyone is using now. It’s also used by Facebook, Wikipedia, and other major sites Go – newer language, built for speed Swift – Apple’s newest programming language Java – used by Android and a lot of desktop applications. So let’s talk about the most popular ones in a bit more detail.

According to StackOverflow’s annual survey, JavaScript is the most popular programming language with 62.5% of respondents claiming to use it. It is one of the core web technologies and if you want to learn more about it, you can start with this essential training that covers all the basics, working with functions and objects, interacting with DOM, etc. This course is recent – from April 2019 – Javascript evolves quickly, so it makes sure you leverage the newest language “perks” as you learn.

The developers love Ruby – and for all the right reasons. Designed to be user-friendly and really easy to use, it’s no wonder that this programming language is often called “a programmer’s best friend.” What you can expect from Ruby is a shorter, readable code. Unfortunately, that sometimes means lower efficiency compared to other programming languages – but it also means higher productivity. If you are a beginner in the web development world, Ruby would be a great choice for the first programming language to learn. A well-written Ruby code can be almost as readable as the sentence in plain English language. But the real reason most people use Ruby is its popular framework — Ruby on Rails which we mentioned earlier in the text. The great productivity achieved with Rails makes it a common choice for startups who aim for a running start.

Elixir appeared back in 2011 and gained popularity almost immediately. It was inspired by Erlang, a language developed back in the ‘80s by Ericsson. Elixir’s author José Valim himself said that he loved Erlang, but also noticed some things that could use a bit of improvement.

Scala stands for Scalable Language, and is one of the many attempts to “rewrite Java” and it is compiled to run on the Java Virtual Machine (JVM). It is safe to say this programming language turned out to be quite a success taking into consideration that companies like LinkedIn, Twitter, and The Guardian use it in their codebases. Scala is known to be a complex language but also a language worth learning. This essential 3-hour training may be a good way to start your journey with Scala.

The instructions for how to pass information back and forth between computers and devices are commonly known as protocols.

Thanks to this protocol, each website can get to the browser. The protocol requests the website from Google’s server and then receives a response with the HTML, CSS, and JavaScript of the website.

Uses WebSockets to create a consistent connection between the client and the server. As a result of that, you get website updates in real-time without having to refresh the browser.

Used mostly for API’s, this protocol has standard methods like GET, POST, and PUT that let information be exchanged between applications.

An API (application programming interface) allows other developers to use some of the app’s functionality without sharing the code. The endpoints are exposed by the developers while the API can control access with an API key. Examples of well-made APIs are those created by Facebook, Twitter, and Google for their web services.

Each user of an application is called a client. Clients can be computers, mobile devices, tablets etc. Usually, multiple clients are interacting with the same app stored on a server.

The application code is usually stored on the server. The clients make requests to the servers. The servers then respond to those requests after gathering the requested information.