Top 10 Flutter App Development Tools to Use in 2021 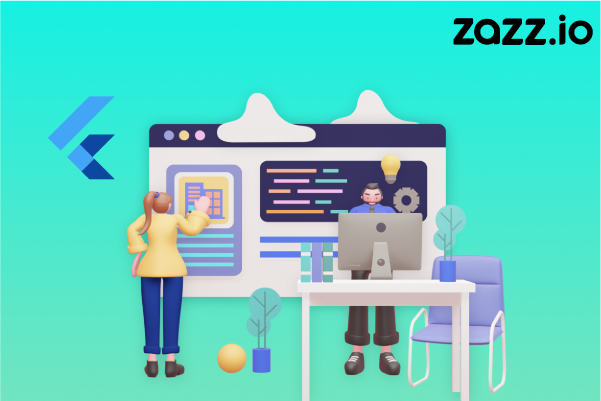 Nowadays, mobile app development companies use the Flutter framework for developing cross-platform applications. Though Flutter is in high-demand because of Google’s strong support, it also needs some third-party developer tools. There are several excellent Flutter development tools that developers must be familiar with. Here in this article, we have mentioned the top 10 essential tools for Flutter app development companies in the USA to try for developing apps.

If you are thinking of building a cost-effective mobile app, then Flutter is the best option as it doesn’t require a massive investment. A platform like Flutter helps Android and iOS app development company to assemble different features into a fantastic design for an app.

Have a Look At The Essential Flutter App Development Tools

It’s an open-source Flutter app tool that allows designers to create customized and beautiful themes for Flutter app development services. Using this Flutter app tool, developers can customize the colors of components and widgets. You can easily export the theme to the Google Drive folder as a theme.dart file.

It is the first Flutter-oriented tool created by Nevercode and can easily integrate with any tool. It mainly automates the whole development process, including your entire build, test, and release pipeline. The tool is quite budget-friendly and comes with a reliable pay-as-you-go plan. Codemagic basically allows developers to launch their app in the market without requiring a configuration. It also offers you to market your app without any issue or complexity.

It provides multiple shortcuts for fast and efficient development and supports Flutter development. It helps Flutter developers to run various tasks, version control, and creating, debugging cloud and web apps. It is a highly recommended tool as it includes Git control and various debugging plugins. Being a lightweight and robust tool, Visual Studio Code deals with complicated workflows and perfectly works with C++ and Python.

It is an open-source command-line tool created by Maurice McCabe and can be quickly wrapped around the AWS device farm. Through Sylph, you can run flutter integration and end-to-end tests on multiple real iOS and Android gadgets.

RevenueCat is a subscription and in-app purchases management tool that provides support for Android, iOS, and Stripe platforms. You can make and handle subscriptions and in-app subscriptions using this tool. It also helps in heavy lifting and managing the billing infrastructure, and one can easily measure the performance of apps by measuring several factors like LTV, MRR, churn, and more.

It is a real-time platform for managing contextual insights of mobile apps. Instabug can also help in crash reporting, in-app bug reporting, managing survey, and feature requests. Integrating Instabug’s Flutter SDK in your mobile app can allow your app users to report bugs/errors they encounter without leaving the app. This tool can also capture a screenshot that the user has encountered.

Several Adobe plugins help developers to maintain a workflow. The Adobe Plugin produces the Dart code for designing components and enables developers to place codes directly to your app codebase.

As a famous analytics tool, Count.ly maintains privacy and secures your data from unauthorized access. The free version of this SDK enables developers to track the fundamental KPIs and metrics. However, this tool is also available in a paid version with an increased set of metrics and other features.

This tool mainly helps iOS and Android app development company to test and deploy beta releases of their applications. Test Magic enables downloading CI/CD builds quickly on connected devices and simplifies the deployment process. You can also capture screenshots and provide feedback for the better functioning of the app.

Firebase offers the best Flutter app ideas that help app developers to reflect a device’s screen activities onto a system. It can be quickly done by using a USB cable as it does not support a data connection. You need to install the Vysor Chrome extension in your browser to use these flutter app tools.

The above-mentioned are some of the most effective Flutter app development tools that app development companies can use. You can choose any of them to build an app using the Flutter framework. Since Flutter developers use these tools to construct alluring apps for users globally, they must be familiar with their advantages. We at Zazz provide flutter services using all these tools. If you are facing any issues, get in touch with our developers. We will assist you in all possible ways.