Types of Encryption: What You Need to Know About Underlying Algorithms 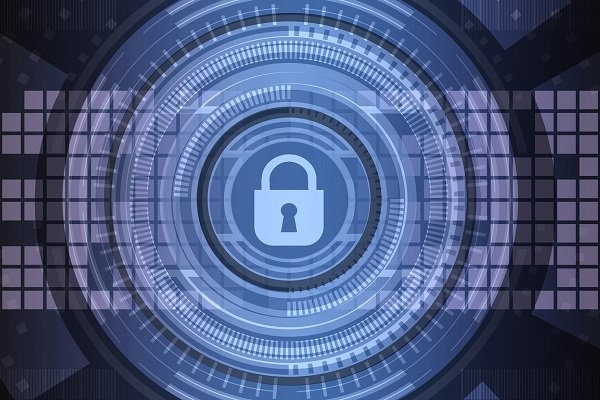 You know that encryption is an incredibly powerful strategy for protecting your data—but how does it actually work? There are many different encryption types and examples out there. It can be difficult to find just the right information you need.

There are two types of encryption algorithms, each with its own variations in terms of how it’s put into practice. This blog post will highlight the most important implementations of each algorithm. Time to learn how encryption protects your sensitive personal and company data.

Encryption is the process of converting data into an unrecognizable format in order to protect it. This conversion is accomplished by using one or more cryptographic keys. Each key is a string of data, such as letters and numbers, that creates a unique encryption of the original information.

There are three elements required for every instance of encryption. The key, the input, and the cryptographic algorithm are all required. Given the same key and the same input text, the algorithm will always return the same encrypted result. Without knowledge of the algorithm and the decryption key, however, the encrypted text is merely a jumble of meaningless information.

Let’s begin with the symmetric key. These algorithms use the same cryptographic key for encrypting and decrypting information.

Of course, this means that the key needs to be shared ahead of time between the sender and the receiver. In cryptography, these people are called Alice and Bob, respectively. Alice can send Bob a message, but Bob won’t be able to understand it until he has the key that Alice used to encrypt it.

The drawback of these algorithms is that an attacker in possession of the shared key can easily crack the encryption. Not only can the attacker decrypt Alice’s messages, this person can also write a message imitating Alice, encrypt it, and send it to Bob. Bob will be unable to detect the deception. For this reason, Alice and Bob’s shared key needs to be carefully protected.

FPE is a class of algorithms in which the input and encrypted data are in the same format. For example, a credit card number composed of 16 digits from 0 to 9 will be encrypted as another 16-digit number. This means that software systems process this encrypted information without having to translate it into something that looks like the original input.

AES is a format-preserving algorithm that was first established by the U.S. National Institute of Standards and Technology in 2001. It was based on the Rijndael cipher created by two Belgian cryptographers. Because it is highly resilient against all known attacks, the U.S. government has adopted AES as its encryption method of choice for protecting classified information.

Twofish is the successor of the older Blowfish cipher algorithm, which was originally designed by Bruce Schneier. The U.S. government considered Twofish as a finalist in its contest to find its cryptographic standard. Twofish is a flexible algorithm that works well on smaller computers and is also free of licensing and copyright for all uses.

Another one of the three main types of data encryption is asymmetric encryption, also known as public-key encryption. Under this system, Alice and Bob both have a pair of keys. One is public, one is private.

As the name suggests, the public key can be shared publicly. The private key must be kept private. Alice uses Bob’s public key to encrypt and send the message, but only Bob can decrypt the message using his private key.

Asymmetric encryption is used as the cryptographic method of choice for many technologies, including Bitcoin. However, it also comes with its own set of drawbacks. For one, the keys are longer than symmetric keys, which means that encryption and decryption take more time and more computing power. In addition, there are security weaknesses in associating a single encryption key with a single individual.

First released publicly in 1978, RSA is now the most popular public-key cryptography algorithm. The basis of the algorithm’s security is that it is computationally easy to multiply two large prime numbers, but very difficult to factor the product into the original two numbers.

Diffie-Hellman is one of the first protocols for securely exchanging keys over a public channel. This makes it very useful as a first step in using symmetric-key encryption. Like RSA, Diffie-Hellman relies on the extreme difficulty of factoring large prime numbers as the basis for its security.

Although hashing isn’t an encryption method, it is sometimes incorrectly referred to as one. Instead, hashes are a one-way function for providing authentication.

The hash function takes a larger file as input, processes it, and returns a smaller output that is almost guaranteed to be a unique “fingerprint” of the file. This makes it easy to compare two files to see if they are different from each other. Even changing one character will result in a different hash output.

Hashing is often used in collaboration with encryption. For example, SHA-2 is a hash function that is combined with asymmetric encryption and used in Bitcoin.

It’s important to understand the basics of how encryption works. Knowing the types of encryption keys and algorithms, and the differences between solutions allow you to discover what works best for your enterprise. Zettaset uses a symmetric algorithm in its software. Ready to test out encryption solutions for your business? Try Zettaset’s proven data protection solution for yourself.