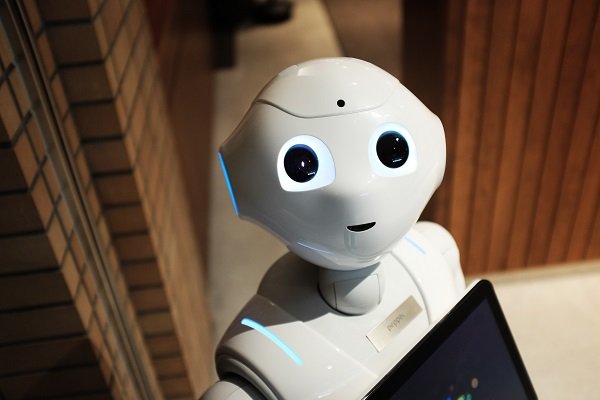 Imagine walking into a restaurant and, before you even ask for the menu, the waiter arrives with the exact order you were thinking about! How did they know that you’d stop by? Who told them what you wanted to eat? What about your budget? How do they even know you have the money on you?

All these are questions you may ask now because even with the technological advancements we already enjoy, it’s not easy to predict the consumer’s needs perfectly. Retail brands such as Amazon recommend products to a degree, but even they still make a few mistakes.

However, a few experts predict that they are questions we may not be asking a decade or two from now. Why? Because a new form of technology, ambient intelligence, will make technology part and parcel of human life.

We will be so embedded into one another (tech and humans) that the tech device around us will know our daily routines, feelings, and future plans. The new (tech) environment will be aware of your needs at any given point and be able to customize your requirements without further effort on your part!


Ambient Intelligence (AmI) is a vision of the future that assumes technology will be an integral part of human interactions to the extent that tech will “disappear” and become invisibly integrated into our day-to-day lives.

It’s a concept that Philips, the tech company, and a group of researchers first hypothesized more than 20 years ago and what we may presently conceive as a merger of Artificial Intelligence (AI) and the Internet of Things (IoT).

The concept of Ambient Intelligence was first born in the late 1990s when the European Commission’s Information Society and Technology Advisory Group (ISTAG), working together with Philips, proposed an environment where the physical world is integrated with sensors and intelligent systems.

However, the two parties (ISTAG and Philips) chose not to define the specifications for an AmI environment. It was recognized that AmI was a complex concept that would evolve. Moreover, they anticipated a rapid evolution of the markets.

ISTAG, however, listed some of the main components of an ambient, intelligent environment. The “ambient” elements include;

The “intelligence” features, meanwhile, were identified as follows;

There’s been significant progress in making the ambient intelligent concept a reality. For one, nearly everyone now has and greatly depends on smartphones. Today, we shop, pay bills, and communicate through phones, to the extent these devices have become part of our lives. Many people can’t imagine spending a day without their phones.

The internet is another important manifestation of ambient intelligence. Who doesn’t use the web today? Very few people, right? For the majority of people, the internet has become another vital part of our daily lives. Indeed, it’s become so “ambient” that we now go on the internet without much thought or caution.

Finally, voice search and smart device control, such as in the living room, are also evidence of how close we are to achieving ambient intelligence. Think about Amazon Alexa, for instance. Alexa now allows people to communicate with nearly every device in the home through voice – without any obstructions. You can set an alarm clock, turn on the TV, switch on the lights, and even shop online without lifting a finger. The best part – these smart devices fully understand the instructions!

It’s something that was only imaginable back in the 90s when the concept of ambient intelligence was first mooted. But, today, it’s a reality.

Where do we go from here?

With the foundation set, it’s only a matter of time before we reach a complete ambient intelligence stage. However, there are a few things that will determine how slow or quickly we get to that stage;

From the word “ambient,” you can tell that the AmI environment should be unobtrusive. Users shouldn’t need a manual to participate in the environment. Just like you now use your credit card to make payments without any significant impediments, so should the ambient intelligent environment work. The more usable AI and IoT technologies become, the faster we’ll achieve AmI.

The ambient intelligence environment must also work efficiently within the constraints of state-of-the-art technology. Factors such as hardware efficiency, speed, and environmental sustainability must all be kept in mind. Accuracy and capacity are other factors that are critical in the successful implementation of the AmI environment.

Finally, no technology is worth any attention if it doesn’t improve society’s social and economic position. That rule applies to ambient intelligence too. AmI must contribute positively to the wellbeing of the individual for it to gain a footing in society. Only when populations see socio-economic benefits in the technologies will they adopt them.